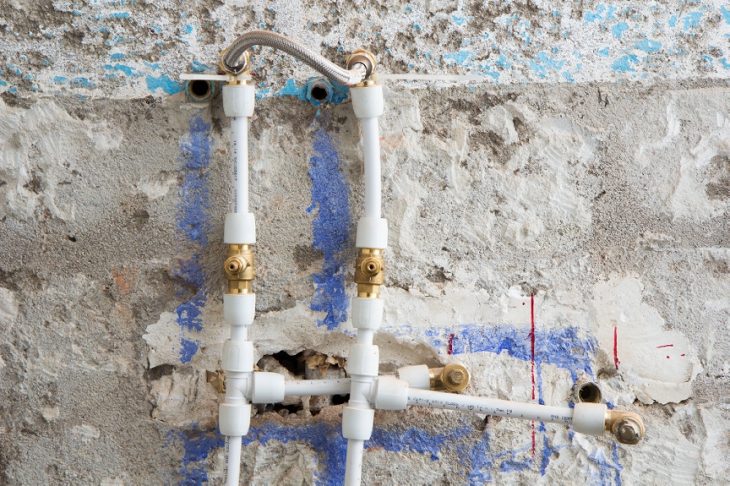 If you are going to remodel your kitchen or bathroom, you have 2 ways to go about it.

2. The second way to do a remodel is to act as the general contractor yourself, and hire out sub-contractors to do all the work. Since you would be acting as the general contractor, this doesn’t necessarily mean that you have to be doing any of the work, rather you will be managing and overseeing the project and hand picking contractors from each trade (painting, drywall, electrical, plumbing etc.). If you do not have experience in this, expect there to be a steep learning curve and expect to be well over budget and out of time

But, to the trained expert plumber, seeing that type of valve in that condition, he never would have disconnected the ice maker line from the refrigerator and left the valve off like that, knowing that that valve would likely leak in the hours or days ahead.

And thats exactly what happened. After the general contractor left for the weekend, the valve leaked for hours and caused a flood, causing the homeowner to call a restoration company to come clean up the mess. The estimated damage is to be in the thousands. The worst part of it is that the general contractor turned his phone off for the weekend and was unavailable to help.

We went to the property, replaced the ice maker box and installed a better quality shut off valve. The homeowner was happy with us, but frustrated with himself. It turned out he didn’t save any money at all. He put in an insurance claim, but now his rates are set to rise.

Hire only qualified technicians to perform specialty work, and make sure they are licensed, insured and bonded in case they cause an accident.